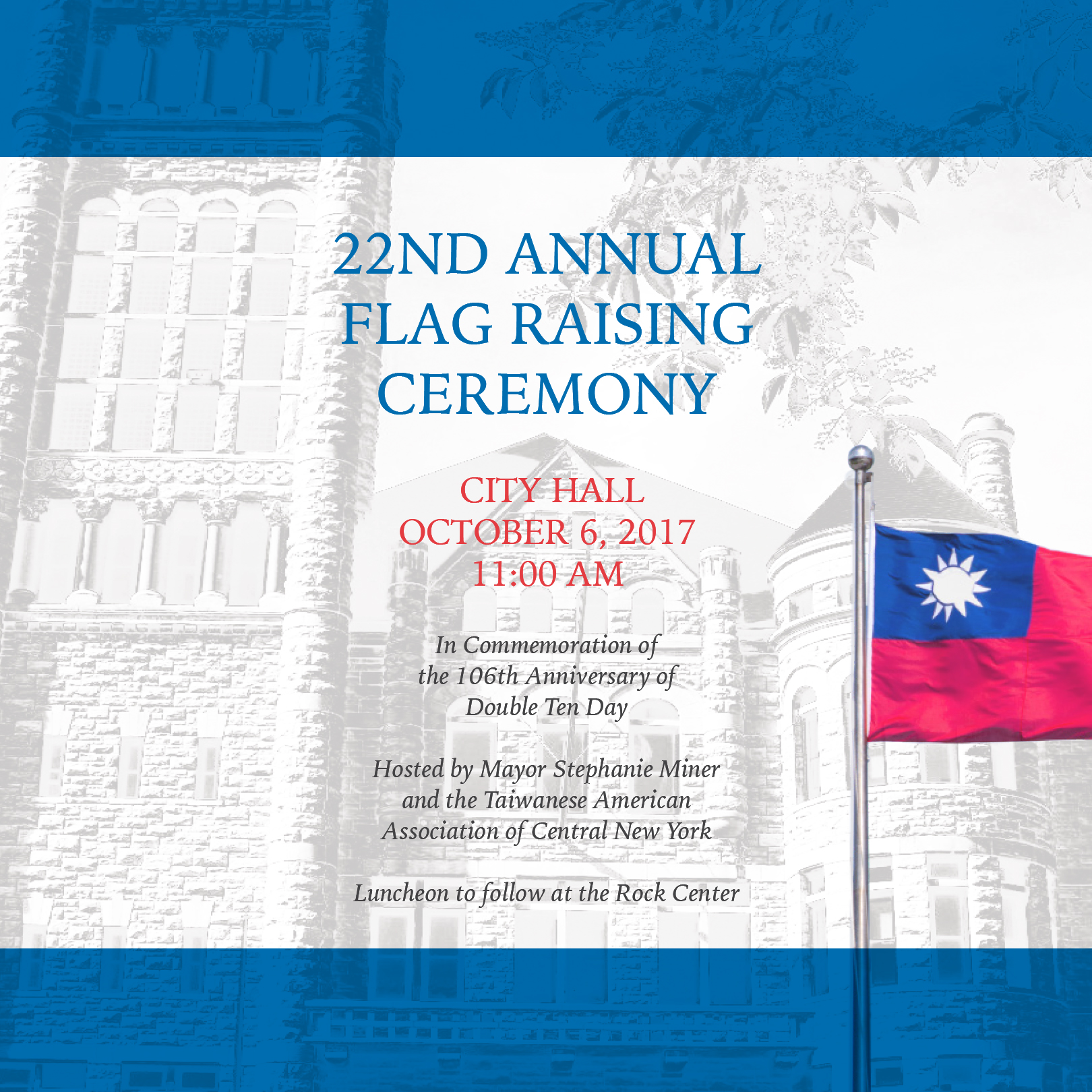 On Friday, October 6th, the National Flag of the Republic of China will be raised in front of City Hall in commemoration of the 106th anniversary of Double Ten Day. Hosted by Mayor Stephanie Miner, in conjunction with the Taiwanese American Association of Central New York, 2017 will mark the 22nd time the City of Syracuse and the Mayor’s Office have honored the Taiwanese community with a flag raising event. In addition to the raising of the flag, a proclamation will be made by the Mayor’s Office in honor of the event.

This ceremony began in Syracuse back in 1995 with the historic visit of former Taiwanese President Lee Teng-hui to Syracuse Hancock International Airport. The Syracuse ceremony is unique in that it is the only flag raising ceremony to be sponsored by local government. This civic partnership brings great pride to the community, while also attracting foreign dignitaries such as Ambassador Lily Hsu, Director of the Taipei Economic and Cultural Office in New York.

Come join us for the flag raising and mayoral proclamation that will take place at City Hall at 11:00 am on Friday, October 6th.